Shock on live show! The actor could not restrain himself, he began to passionately kiss the journalist!

Greek actor Pavlos Evangelopoulos, who has interpreted some of the biggest temptations in Greek films in the 80s, kissed the journalist in an interview in a live program to show her "how the professionals do it". 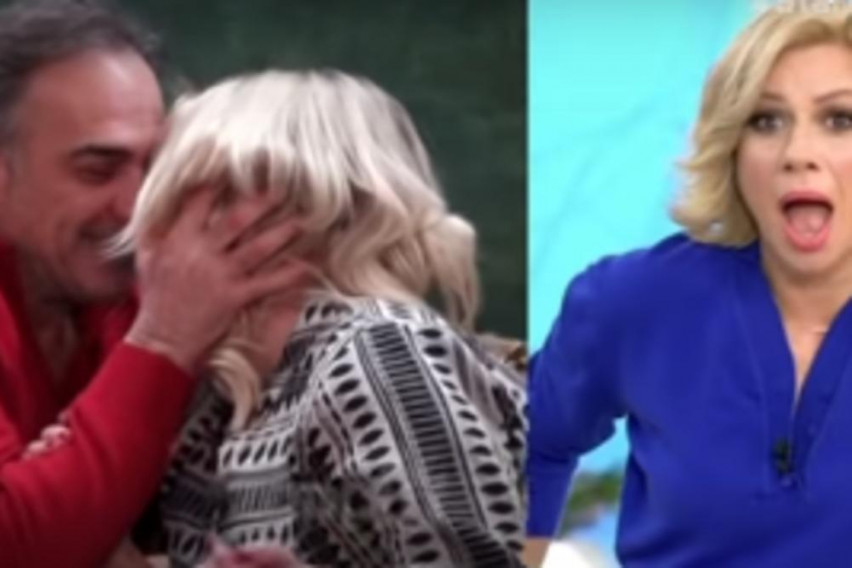 Journalist Nadia Riga joked with the actor, who remains active in the series, to talk about upcoming projects.

After asking her countless questions, she became interested in what kissing in front of cameras looks like and whether it is real or not. However, what she didn't expect was that the actor would tell her immediately.

"Come and kiss me," Pavlos told her as he pulled her to himself.

The hosts in the studio were left without text, and the journalist then acted well that she was left without air.
Bizarre Entertainment Fun Video Wtf
loading...
Loading...
loading...