on March 26, 2018
Russian senator Valentina Petrenko’s political career stretches back to the days of the former Soviet Union, and she’s since held various senior official jobs, but the thing she is most known for is her hair. Already the subject of countless memes on Russian social media, Petrenko’s glorious hairdo recently went viral internationally, and people just can’t stop talking about it.

Speculation regarding Valentina Petrenko’s bizarre hairstyle has been running rampant on Twitter ever since Alex Bruce-Smith, an associate news editor at Pedestrian Daily, shared some photos of the Russian senator representing the Republic of Khakassia. There’s just so much people want to know about her hair. Is it real or a wig? How does she make it stay up like that? Is that where all the Russian top-secret information is hidden? Unfortunately, all anyone can do at this point is speculate, as the Russian politician doesn’t seem very eager to talk about it. 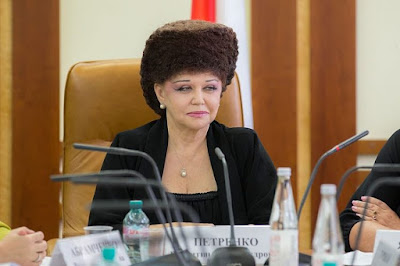 That’s a really vague way to explain such a glorious, seemingly perfect hairstyle. How many hairpins to you need to achieve this result, and why can’t we see any of them? There must be more to this mystery than meets the eye, and the Twittersphere is dying to unravel it. If only we knew who does her hair we could send in a SEALs team and hopefully find out more. 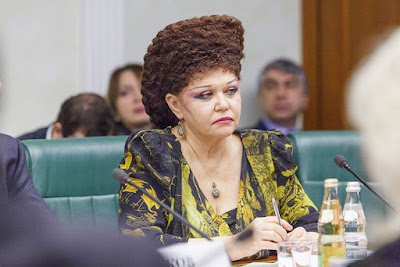 As for why Petrenko has been sporting this same unique hairdo for as long as anyone can remember, well, that’s a mystery too. It might have something to do with the message she wants to send about herself. 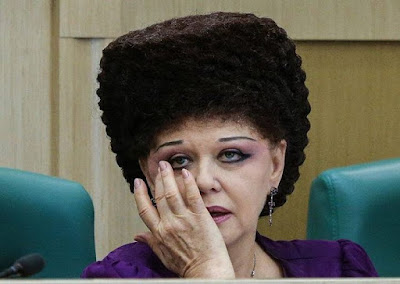