Travel To Turkey - Tips For Travellers

on May 18, 2017
Before traveling into Turkey, you will need to apply for a visa. Visas can be purchased at the the various entry points around the country. Traveler's checks are not accepted, and you will have to pay with cash. You can avoid the hassles of having to purchase a visa upon arrival by applying for one over the internet. Visas are needed for those who are citizens of either Great Britain or the United States. The visas will expire ninety days after they are purchased. 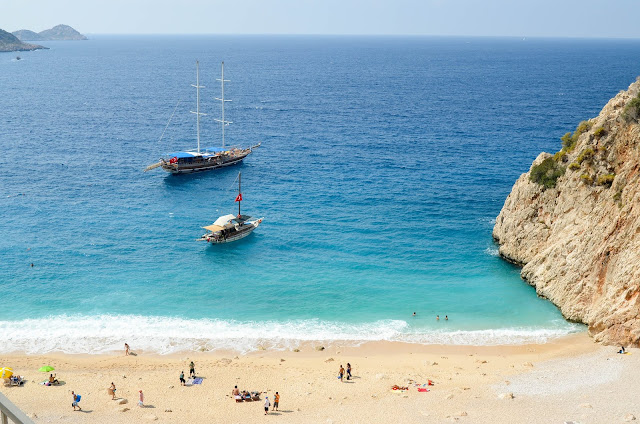 If you want to pay for a single entry visa, it will cost approximately $26. If you want a multiple entry visa, the cost is approximately $87. They need to be made out to the Turkish Consulate. The best time to travel to Turkey is between April and October. The weather is gentle during the spring and fall months, but temperatures become much colder during the winter. It will sometimes snow in the mountains during this time. During the summer, the coasts are very popular. Between the cities of Antalya and Izmir are a large number of coves, and the country is well known for having excellent rivers.

The three most prominent forms of transportation in the country are trains, buses, and planes. All of the large cities in the country have airports, and international as well as domestic flights are available. If you are looking for a low cost way to get around, the bus is your best option. A number of companies feature bus trips around Turkey both day and night. The buses are comfortable, and passengers are offered tea and other refreshments. The country also features a intricate railroad network. These railroads all connect to the large cities, and many contain sleeping compartments where you can get some rest.

When it comes to hotels and accommodations in Turkey, you will be happy to know that Turkey offers a wide range of places which can match virtually any budget. Large international hotels can be found in major cities such as Ankara and Istanbul, and they also offer local establishments as well. If you are looking for a list of hotels ranked by quality, the Ministry of Tourism has an extensive guide which can be useful. In addition to the many international hotels, travelers can also stay at Ottoman style homes and other historic places.

When it comes to culture Turkey has played a pivotal role in the development of three major religions, and these are Christianity, Islam, and Judaism. Turkey is unique in that these three religions have worked together side by side in a peaceful manner for much of the country's history. Because of this, the country has a culture which has traditionally been connected to these religions. It should also be noted that Turkey has an excellent exchange rate, and this makes it an affordable place to visit. Turkish Lira can be purchased in the country at any bank or exchange rate office.

There are nearly 100 different festivals held in Turkey each year. In addition to the Turkish festivals, many international events are held there as well. A large number of art festivals are featured, and are very popular.