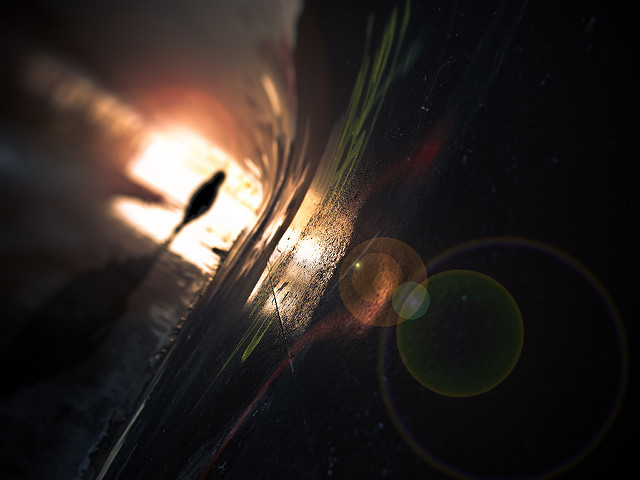 Paranormal is really a compound term made into a single word by joining up "para" and "normal". Para means beyond, and so the meaning we attach to paranormal is something or some event that is beyond our normal understanding of the world. There are many such phrases in the English language. We have metaphysics, supernatural, parapsychology and so on. But all these words are really very complex because their meanings are not well defined. In what sense?

The problem with any language is that each word is a mere representation and not the thing itself. The word apple is not the physical object itself but the label we use to represent it. Nouns are for the most part the least complex to properly understand and convey. Consider another word. Intrinsic. We may have some understanding of what it means but we also know it can be used in different ways and its meaning will change with the context in which it is used. Quite complex. Anyway, this is not a lesson in grammar so let's get on with paranormal.

To some people it's all about ghosts. To others it's UFOs, Loch Ness Monster, etc. Notice the difference. Ghosts are generally thought to be the spirits of people who've passed away whereas UFOs and the Loch Ness Monster are almost exclusively recognised as physical entities whose origins cannot be explained. In addition, when we mix into this our religious beliefs, ghosts represent life after death which is why the whole subject of spiritual existence excites our interest. For this reason, I'll leave UFOs and such like to another article if I may.

There are many people in this world who will tell you that a belief in spiritual existence is nothing more than a way of drawing comfort in the face of certain death. But if there is a way in which our experiences and memories could persist in some fashion, even though our physical body is no more, this undoubtedly acts as a source of immense comfort and provides closure to people who maintain such beliefs. Most especially, it brings psychological relief to those whose fate, it seems, is to suffer disproportionately to most others, from one thing or another. But some argue that it is precisely for this reason, and this reason alone, that such beliefs exist in the first place. A real chicken and egg situation.

How Far Does It Get Us

So how far does this get us? I'm sure you've seen many documentary type programs on TV where a particular house or castle is investigated because it has a reputation of being haunted. Most of us have seen the light orbs floating across the screen, mediums supposedly being taken over by spirits, unexplained noises, doors opening or closing by themselves and the like being recorded and played back. Some of it is of course quite convincing and yet the very fact that none of it is taken seriously by the scientific community means that all of it still lives in the land of fantasy and fiction. So we're back to faith versus fact. But we can be certain of at least one thing concerning these issues and that is that just because something has not been scientifically proven to be a fact does not mean it is false. I know it is stating the obvious but people sometimes lose sight of this and assume everything is false unless proven to be true.

There are many religions that try to justify the negative aspects of life on earth by using the belief in an existence beyond this world as the object of all our endeavours here on earth. Some say that what we do here determines where we go when we die. Others take a slightly inverted view and say that what we did in previous existences has resulted in the kind of life here and what we do this time will further shape the kind of life we can expect in the next episode. So not only do these faiths firmly uphold the existence of life beyond the physical but go even further to explain the consequences of how we choose to live.

I think that the only way we can conclude this article is to say once and for good whether or not it makes any sense (logical, spiritual or scientific) at all to maintain a degree of faith in such things. My personal opinion is that when it comes to matters of faith, seek to prove it to no one but yourself. If you are happy with your own conclusions, force it on no one but also do not be afraid to proclaim your faith if the occasion arises.