on January 18, 2021
When it comes to wealthy criminals few surpass Pablo Escobar, possibly the most notorious drug lord in the modern era. He was estimated to have a personal wealth in the early 1990’s of $25 billion, with Forbes listing him as the world’s 7th richest man. But being a wealthy criminal has its difficulties, and that’s where Pablo Escobar’s rubber bands come in. 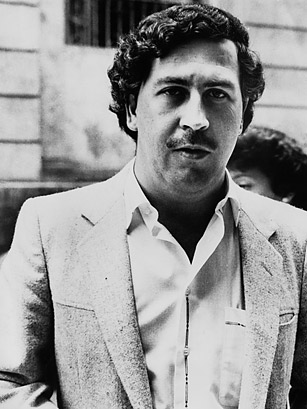 Unlike the vast majority of us who have our wage directly deposited into our bank accounts, drug lords don’t have that convenience, and depositing ill gotten money could jeopardize the chances of retaining that money. So a solution needs to be developed. One that will allow easy access to the money, and one that will guarantee the authorities won’t take it. The simple solution? Store it yourself.
Now storing your own money is something many of us have done with hardly any effort. However, very few of us could ever say we had to store even half a million dollars on our own, let alone $25 billion. That’s why Pablo Escobar had to spend $2500 a Month on rubber bands. Just to wrap and store all of his money.
But Pablo Escobar purchasing rubber bands for his money wasn’t the only capital loss he faced from his drug cartel. As all of the money had to be stored in warehouses, about ten percent had to be written off due to spoilage from rats that would chew through the hundred dollar bills.

How do we know Pablo Escobar spent $2500 a month on rubber bands?

We know that Pablo Escobar spent so much on ribber bands thanks to his brother, Roberto. Roberto was Escobar’s accountant and can recall that about 15 tons of cocaine, worth about half a billion dollars, was being smuggled into the US every day. As an accountant he recorded every expense, with rubber bands being one of Pablo Escobar’s smaller expenses.
Viral
Loading...