German City Will Pay You One Million Euros if You Can Prove That It Doesn’t Exist.

The German city of Bielefeld, in the north-east of North Rhine-Westphalia, has announced that it is offering a €1 million prize to anyone who can prove that it doesn’t exist. 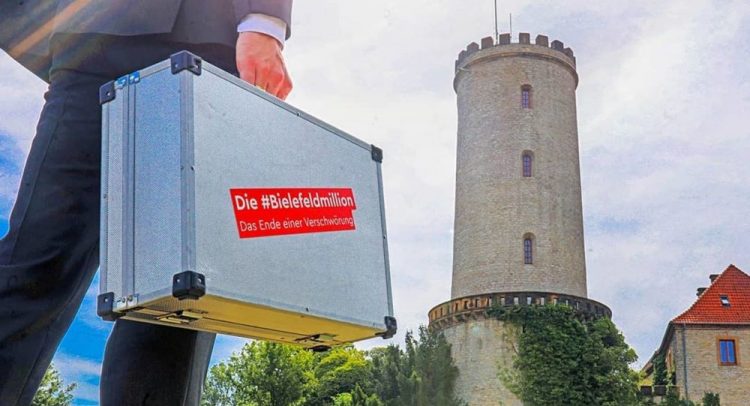 To have any hope of understanding this bizarre offer, you have to go back to 1993 when the famous “Bielefeld? There’s No Such Thing!” conspiracy theory appeared on the internet. Formulated by a computer student named Achim Held, it basically claimed that Bielefeld – a city of around 330,000 inhabitants, which has historically been around for around 800 years – didn’t actually exist, because, unlike other German cities, it wasn’t really known for anything in particular. The hilarious conspiracy theory spread online and gained a life of its own, with many proponents postulated that a group called “SIE,” or “THEY” in German, created an imaginary illusion of the city, or that it had a secret city center where “dead” celebrities like Elvis Presley and Kurt Cobain had been taken away to.


loading...
The so-called Bielefeld Conspiracy became ingrained in German popular culture, with even personalities like Angela Merkel joking about in on a visit to the city, telling people that she hadn’t been sure it existed.

“So it does exist,” Merkel said during her 2012 visit. “I had the impression that I was there… I hope I may go there again.”

But now local authorities seem to have had enough of jokes on the behalf of their beloved home and are offering a prize of one million euros to anyone who can prove that Bielefeld doesn’t really exist. They say they are “99.99% certain that we can refute any evidence”, but in the unlikely event that anyone proves the non-existence of the German City taxpayers can rest assured that the prize will be paid by Bielefeld Marketing’s sponsors.


Anyone willing to take part in this unusual competition must submit their theory about the non-existence of Bielefeld by September 4. Entries can come in various forms – pictures, videos or text – but the submitted “pearls of wisdom must be incontrovertible”.
Fun Video Viral
loading...
Loading...
loading...