on March 26, 2018
Who could be a better model to display the functioning of a push-up bra, than a woman with small breasts? Or better still, a man with no breasts at all?
This is exactly what has been done by Hema, a Dutch lingerie company. They’ve hired Serbian male super model Andrej Pejic, to star in a lingerie ad campaign promoting their line of push-up bras. 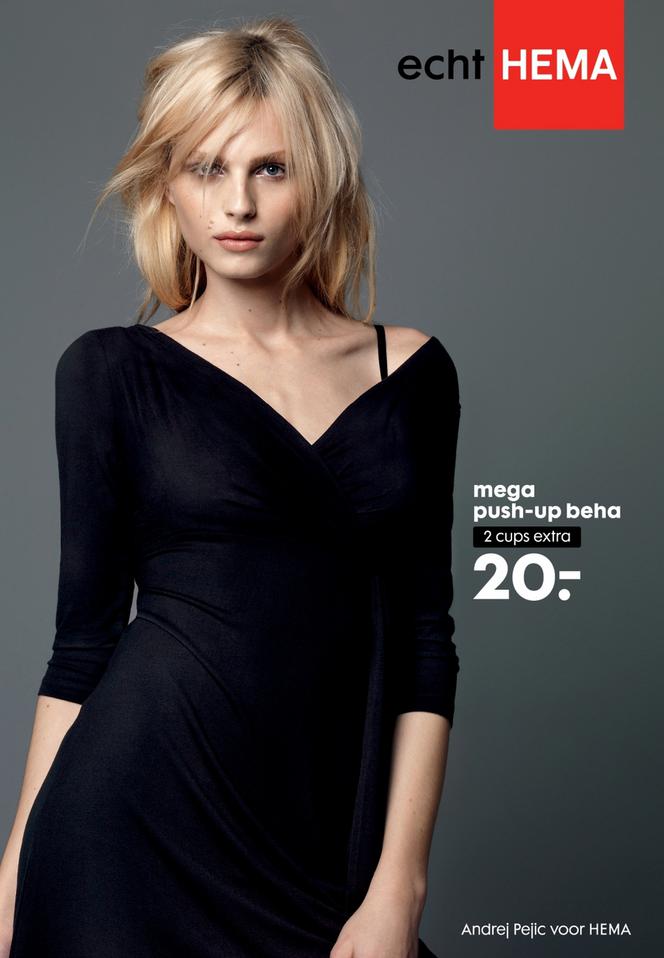 Underneath V-neck dresses, Pejic wears the company’s Mega Push-Up Bra. According to a statement released by the company, not just women, but even men can get a certain amount of cleavage. And it’s actually hard to believe that the model is a man.


Interestingly, Pejic has modeled as a woman before. His androgynous appearance allows him to carry off both men’s and women’s fashion wear pretty well. He even walked the ramp in wedding wear for designers like Jean Paul Gaultier. Pejic is considered to be a rising star in the world of modeling and also a representative of the new generation of androgynous models.
The 20-year-old model went as far as to tell a reporter that he wouldn’t mind undergoing a sex-change, if he was offered a contract from Victoria’s Secret. He said he’d just have to, he couldn’t imagine it any other way. But with the Hema ad campaign, he’s pretty much proven that such procedures would be quite unnecessary.
Pejic was listed 16th out of the 50 top male models on models.com, earlier this year.