Welcome to Dubai, the City of Contrasts

on May 18, 2017
Dubai is the location where ancient and modern civilizations meet. Dubai is the place where you can be gazing at the Architectural craftsmanship that lead to the tall modern buildings and 5 minutes later you can be wondering through the little old side streets at the Dubai gold souk. Dubai is the important MICE destination with modern meeting facilities and deluxe city business hotels where large multinationals and business travelers meet from around the world for fancy exhibitions and lengthy negotiations. 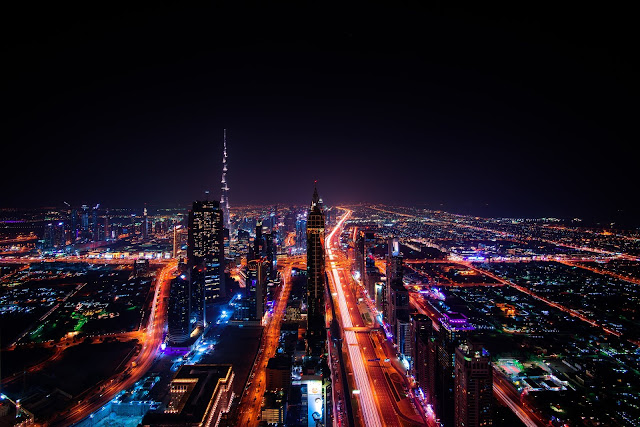 However Dubai is also a holiday destination for families with children who enjoy a week at the Jebel Ali or Sheraton Dubai Beach Resort.

Dubai is indeed a great travel destination for both the tourist as well as the business traveler. Dubai has so much to offer in means of activities, hotels and infrastructure to name but a few. Kids love Dubai as there are so many great activities held for them each day at either one of the hotels or at one of the tourist's attractions such as wild water park. Not to worry for mom and dad as they will have ample opportunity to enjoy themselves at one of the many attractions or events held daily. The numerous Dubai tour companies organize a great variety of activities which may include jeep safari's , snowboarding down the sand dunes or really hitting the ski slopes in the recently opened Dubai indoor ski lodge.

Dubai has reached the Valhalla status of tourism destinations. It will be hard to find any destination around the world which has had such strong growth in tourism income and arrivals and Dubai has even become one of the world wide trendsetters when it comes to travel and tourism. However Dubai knows as no other how quickly a destination can reach the top and how fast a destination can become unpopular among travelers and meeting planners.

Dubai is continuing to heavily invest into the Dubai tourism industry with lots of spending on infrastructure, new Dubai resorts and a whole series of spectacular attractions that are being built or are under plans. The soon to be opened underwater hotel is just a sample of what the planners in Dubai are up to.

The continuous investments by the authorities and finance community should normally guarantee its position as of the main travel destinations around the world however there is another side to the success of Dubai.

More and more visitors our expressing their disgust with the big price increases which the hotels in Dubai seem to implement each season. Dubai was never a destination for budget travelers however some of the hotels are starting to charge astronomical rates for their room. The Dubai hotel owners should not become greedy and arrogant and out price themselves. Many destinations in the past have seen this happen which finally led to the popularity of those destinations dropping rather fast.

Nearby countries such as Oman and Qatar are seeing their popularity among international tourists rapidly increasing and more and more hotels and other facilities are being constructed although both countries already have a large number of first class hotels. The other Emirates, with which Dubai forms the United Arab Emirates, are seeing their tourism industries growing at warp speed. Abu Dhabi has a large number of world class hotels and resorts and more are being contracted. The most expensive hotel in the world ever build is in fact the Emirates Palace which is owned by the Abu Dhabi government and is managed by Kempinski. There are more and more great alternatives to Dubai in the region and often at much lower prices so the policy makers should very much consider this.

Dubai has focused all their energy and funds into the tourism industry. The result is magnificent. However as the oil supply is rumored to dry up soon, it will mean that Dubai has put almost all their eggs into one basket. Dubai will be very dependent on the hospitality and tourism business which can lead to undesirable situations.

Dubai is unfortunately not located in a very stable part of the world. Due to the constant problems that nearby countries have with one and other such as Israel, Iraq, Iran and Syria, it is difficult to predict the future. Unfortunately an event in a nearby country can completely paralyze the tourism business which would be disastrous for Dubai and its work force. 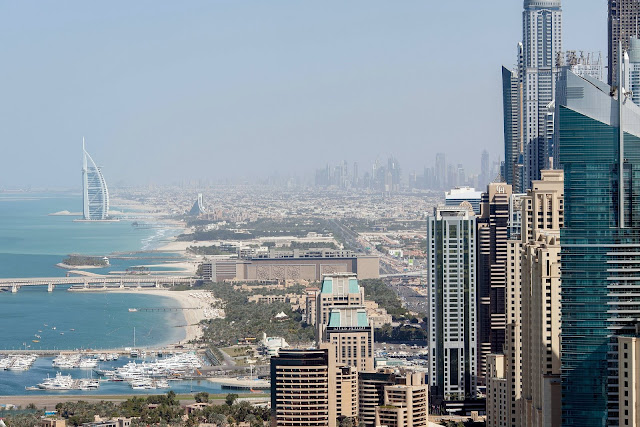 A good example of a destination which suffered deeply as it had only the tourism industry to rely on is Bali. I worked there just before the big financial crisis hit South East Asia during the final months of 1997. The Island of the gods had extremely high occupancies and high average room rates. Many new hotels were being constructed as Bali was a gold mine at that time. It was the playground of the international Jet set. Since the crisis hit in 1997 Bali has never been able to attract meeting planners and the large number of tourists that they were once used to. Many locals lost their source of income and a great deal of investors lost their lifesaving. So many hotels have been put up for sale since then without there being many serious buyers.

Off course Dubai is located in a different region of the world however several ingredients of what caused Bali to disappear as a big tourism player also potentially excist in Dubai. The religious fanatics that hit Bali could shift their sights to other places and Dubai with al its western tourists do stand out a bit. It all takes one such attach and the tourism industry will receive a blow which it might not recover from.

Additionally having spoken to many Dubai travelers as well as people living and working in Dubai, I have compiled a list of items which would be great for improvement and would surely please many visitors.

· Stop the pricing discrimination which charges Arabs and former Soviet Union nations more then western Europeans and Asians. This policy has upset a great number of travelers and this does not happen in Qatar or Oman for example.

· Due to so many hotels having opened and being opened in the near future, there is the risk that the quality of the hotel staff could drop. Clients are starting to complain more about the service they receive at the Dubai hotels. The guests often feel that the hotels and their management are somewhat arrogant and not flexible when it comes to solving any problem that clients might have.

· Dubai has one of the strictest cancelation policies of any destination around the world. It is not unheard of that hotels are charging 100% cancelation fee even if the client cancelled a week or more before. The hotels should understand that this will finally become a good reason for travelers not to go. A week at a beach resort can easily cost 3000-5000 USD and if they have to cancel due to a family emergency then that would a ridiculous cancelation fee for the hotel to keep.

· Many hotels in Dubai still have not very generous children's policies as parents frequently have to pay kid supplement on top of the room charge. The vast majority of destinations that I worked at have the rule that 2 kids under 12 could share the room with the parents as long as no extra bedding was required. A large number of Dubai hotels only require one child to stay in the room and therefore a family with 2 small kids is told to get 2 rooms. This is another sore point for families and which are turning them away as they need to stay with their young kids in one room.

Finally a point of myself. Dubai seems to be able to make the most amazing buildings, attractions and artificial islands. However, why is the public transport service in Dubai so poor compared to its luxurious hotels and malls. That is certainly one large contrast. Many of the Taxis are charging very high rates and especially those at the airport. Cant some rail network be build between the airport and Dubai and possible even the beach area. Kuala Lumpur builds an excellent rail system when they opened their new airport a few years back. I am certain that Dubai would become an even better tourism hotspot with such as system.