Shocking Revelation of Secret Dating - Interview With a Mistress

on May 04, 2017
She is not the typical "irresistible sexy temptress", she is smart, class and a successful woman. She is completely opposite from the stereotype mistress we have seen on tv and movies. The whole episode of my interview with her was a shocking revelation on how she mastered a decade of secrecy over dating a married man. 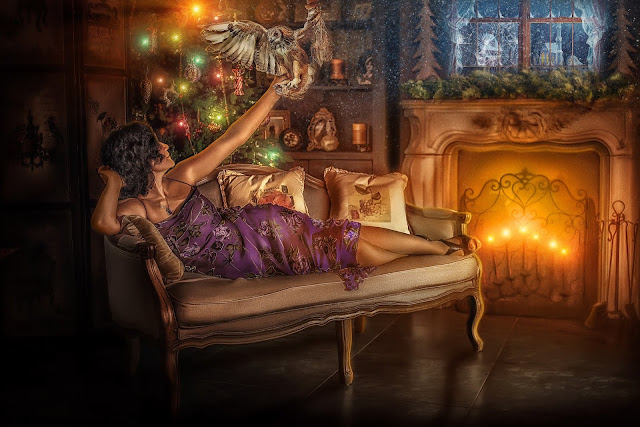 It was a pure mutual attraction when they first bumped into each other's arms.

She wanted to clear it out that there was no money involved getting into the affair. It was a pure mutual attraction and she never seduced Mr. C just to get the financial benefits like most mistresses are up to. In fairness to Mr. C his married life is an open book from the very day he met the "Mistress". The saddest part of the affair is, they met each other just 3 months after Mr. C's wedding with his legal wife. Could it be a sign that they were really not meant for each other?

Like most married men getting into a love affair, Mr. C gave the Mistress a false hope of filing an annulment over his wife. It was one of the reasons why the Mistress never demands anything. She compromised sticking to a married man without a piece of security, not even "time" to own him, hoping someday she will be on the legal wife's seat.

Her family knew about the affair but they were silent, the Mistress was an independent woman, rebellious type and self-secure. She got relationships before but not as serious as hers with Mr. C. She always excels in every field of her job making her family confident in what she does. After all, she could not bear a child any longer, and Mr. C is her only joy.

More than 10 years the secret relationship grew even deeper perhaps not physical but communication-wise they cling to each other every now and then. To the Mistress, it was fair and just. Even if Mr. C called only when he needed her. She does not feel insecure hence she enjoyed the setup. Over-confidence as the Mistress seemed to be, she got that feeling of assurance that Mr. C was madly in love with her. So she took the risk waiting for Mr. C's freedom.

Text messages, phone calls, Facebook chat, Yahoo messages and Skype video chat though seldom, but through the latest communication innovation, they perfectly hide the romance through online dating. She mastered the art of lying and defense to every little detail not to be caught by Mr. C's wife. She finds thrill in every successful date they made together secretly. But the daring part of it was when she personally met the wife. She confidently befriend the wife through social media enabling her to get updates on their lives every single day without Mr. C knowing it.

After a couple of years, the demand for commitment arises. The Mistress was losing patience waiting for the annulment to be filed, but there was none. The confidence that once so strong was reversed to insecurity. She became desperate.

Her vulnerability brought disaster to the relationship. They started having verbal fights, little arguments put the affair almost to an end. Yes, the Mistress reached the bottom wanting to end the affair. But every time she attempts to break up with him, Mr. C showed his monstrous verbal violence. He verbally hurt the Mistress fabricating stories which insulted her spirit and soul.

The affair was on the rock, but she still remained committed to him. There were times the Mistress wanted to see Mr. C but he got his basket full of excuses. 1 year, 2 years, 3 years... Mr. C was nowhere to find. His Facebook account deactivated, she got no replies on yahoo, no messages on Skype, no more calls, no more text messages. They have lost communications.

Slowly the Mistress practiced living a life with Mr. C's absence. She said she wanted to move on. She focused on her job, tied herself to many activities she missed doing when she had the affair. After a year or so, she could not believe she was able to let go.

One day scrolling her Yahoo emails, she got a letter from Mr. C, there was only one word on the email saying "hello" with a letter of attachment. She clicked on the attachment and find out it was a copy of an annulment case of Mr. C's marriage.

This was the day she waited so long but why she felt unhappy of the news? Why she dropped the message and deleted it?

The Mistress said, she learned to move on. She let go of the feeling and wanted to forget the past. I asked her " What if Mr. C will come and ask to marry you after the annulment, will you say yes? She answered, "No, I am already 50 years old. I have waited long enough. I did my part. I have made my decision a long time ago when he left me without a word. A change of mind is a change of all my plans, and I think it is because he made me change my heart."

Do you think those years of sacrificing, loving and waiting for Mr. C worth the rejection? Why not give it a second chance? The Mistress replied, "I do not reject the love but I rejected the idea of marriage. I believed I do not deserve the role of a wife. If I will be in love again, I will still choose Mr. C, maybe I will still be loving him because it is my only leverage and I will remain his Mistress. That is the only thing I know is right."

It was a shocking revelation that there are women who stand with a different principle. They conform unconventional beliefs that only a few could understand. But they are still worth loving, they are humans, their perfect flaws made them real.


Jennifer is a writer who loves to talk about love, friendship, and romance. Join the world of love and relationships with her at https://www.facebook.com/LoveLife-Online-1933562830263283/