How to Make Your Wife a Hotwife

on May 09, 2017
While many men would love their wives to be hotwives, there’s an important piece of the puzzle missing — the piece that tells them how to get from here to there. And it’s not a trivial question because most men instinctively know their wives will not react positively to something like, “why don’t you sleep with other guys and let me watch?“. Which is something of a shame because it’s such a common fantasy. So… 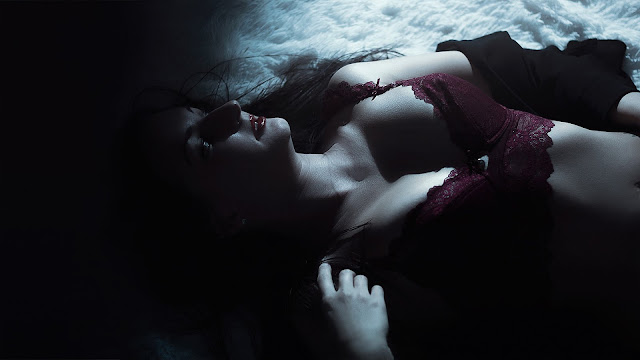 How to Make Your Wife a Hotwife

The first thing is to realise you cannot make her do it against her will. That kind of promise of mind-control is the stuff of fantasies and simply isn’t true. Yes, there are some very suggestible people out there, and we’ve all seen them being persuaded to do silly things on the TV, but the thing to understand is they are very few and far between… and that means it’s highly unlikely your wife is one of them.

In any case, since I hope you want your wife to become a hotwife because you love her and you want to improve your relationship, both in physical and emotional terms, it would be counterproductive to manipulate her into doing something, would it not?

So, the answer is… to get her to convince herself to become a hotwife. And the way to do that is to tune into her favourite channel… the What’s in It for ME? show.

See, most men approach making their wives into hotwives from entirely the wrong direction — they make it all about the hot, steamy sex and what it will do for them. When really they need to be thinking of putting the message over in terms of improving the relationship and how it will benefit their wives as well. Apart from anything else you do NOT want your wife sleeping with other men just for your pleasure — that might seem like it’s working in the short term, but, believe me, it’s going to blow up in your face quite spectacularly.

To make hotwiving work she really has got to want to do it; more than that, she’s got to enjoy doing it and that’s something YOU might find hard to handle, especially if you’re present and you’re watching her making love with another man with no inhibitions and showing a passion and sexual abandon she’s not shown with you for a long time (so be sure you really want to do this before you start putting the idea in her head).

My wife, Josselyn, and I have been in the lifestyle for the past 7 years and apart from a few hiccoughs it’s been a lot of fun. And I started by showing — not just telling her — but showing her how it would be. And to do that I pretended in my own head as if it were real, so I’d experience my own feelings and she then got the benefit of my own increased intimacy and warm, loving feelings.

And now we’d like to share our knowledge and experience so you don’t have to make the mistakes we made – because we’ve made them for you!