on May 13, 2017
Ah, beer - the drink of choice for the vast majority of men, especially after a hard day's work or when settling down to watch the weekend's big game. But is it possible that this most enjoyable of beverage choices may also be a pathway toward better sex? While maintaining a high level of penis health is ultimately more beneficial to a man, recent stories have indicated that there can be a place for the beloved "brewski" in a man's bedtime preparations. 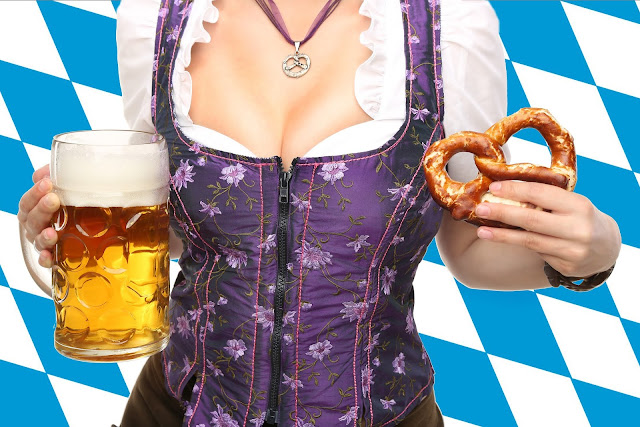 The idea that a little ale might make for better sex gained traction recently due to media reports on a column from a sex therapist named Dr. Kat Van Kirk. However, prior to this assertion, it was generally believed that beer more likely would have a negative effect on a guy's sexual performance.

The reasoning behind this is, naturally, due to the alcohol content in a bottle of brew. Many men are familiar with the concept of the "whiskey dick" - a member that is attached to a man who has consumed too much alcohol and therefore has a difficult time getting a rise out of his manhood. And if he does manage to wake the member up, he has a difficult time convincing him to stand at attention for very long.

Where the nervous system is concerned, alcohol is depressive, which means that too much of it negatively impacts the penis's ability to perform. Not exactly a recipe for better sex.

The case for beer

So why should beer, an alcoholic beverage, be exempt from the "avoid alcohol before sex" rule? Basically, it's because the level of alcohol in a bottle of beer is generally less than that found in "heavier" drinks. This theoretically keeps the beer from impacting the nervous system in the way that high-alcohol drinks do.

So if that's correct, it would make sense that beer might not have a negative impact. But how might it make for better sex? According to Dr. Van Kirk, there are four ways:

- The longer-lasting effect. Beer contains phytoestrogens, naturally occurring nonsteroidal plant compounds that some people believe can help to delay ejaculation. Based on this, the implication is that beer may allow a man to last longer before releasing.

- The drive boost. Dark beers contain more iron, and more iron in the system can help to improve circulation. This in turn is thought by some to both increase the desire for sex and help keep blood flowing more easily to the penis.

- Beer belly benefit. While an extended gut is not good, a normal sized stomach theoretically benefits from the vitamins and nutrients found in many beers, aiding in digestion and therefore keeping a man more "in the mood" for sex.