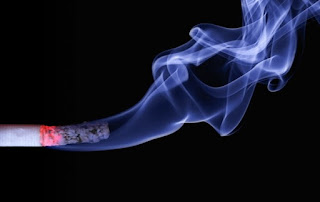 The top 10 worst ingredients in cigarettes were identified in a list submitted to the United States Department of Health and Human Services during 1994.

The list of additives in cigarettes was compiled using information submitted by five major tobacco corporations: R. J. Reynolds Tobacco Company, Philip Morris, Liggett Group, Brown and Williamson and the American Tobacco Company.
The list includes 599 additives and since burning alters the chemical compositions, more than 4 thousand are created when cigarette is burned, impacting on you and those around you.
Among the most hazardous ingredients in cigarettes are the following:

1. Nicotine – one of the most important ingredient in cigarettes

Nicotine is an addictive psychoactive alkaloid. It is the primary compound in a cigarette. Since it is a stimulant, it increases blood pressure and constricts veins and arteries. It prompts the body to release cholesterol and fat into the blood stream, and may lead to the development of blood clots.

2. Benzene
This is a carcinogen substance. It increases the possibility of developing leukemia In addition, it damages the central nervous system and can lead to a variety of health problems. Among them are paralysis, convulsions, tremors, dizziness, coma, sleepiness, tightness in the chest, anemia and bone marrow damage.

Formaldehyde is colorless odorless and taste-less. This gas is used to preserve dead bodies. When a cigarette is burned, formaldehyde is synthesized. It is responsible for eye, nose, and throat irritations. It can also cause nausea, wheezing, skin irritations and nasal cancer.

This is one of the toxic chemicals commonly used in rat poisons. Pesticides that are commonly used on tobacco farms leech arsenic into the plants. Potential health effects include cancer of the kidneys, liver, bladder, skin and lungs.

Cadmium is a poisonous heavy metal which is present in cigarette smoke. People who smoke have twice the levels of cadmium in their bodies as compared to non-smokers. Health risks include nausea, vomiting, renal failure, shock, convulsions, muscle cramps and sensory disruptions.

Ammonia is a toxic ingredient found in fertilizers and cleaning products. It is incorporated into cigarettes in order to enhance the effects of nicotine. Its potential effects on health include damage to the lungs as well as death.

Which is a toxic compound used during the manufacture of paper, plastic, and textiles. This poisonous chemical was used by the Nazi soldiers in the deadly gas chambers during World War II. Potential health risks include headaches, weakness, dizziness, seizures, irregular heartbeats, fainting, vomiting and death.
8. Carbon monoxide

Carbon monoxide is a lethal compound which is present in car exhaust. Very high concentrations are contained in cigarettes. Among its health hazards are chest pain, dizziness, confusion, vomiting, nausea, disorientation, loss of consciousness and death.

This is a compound composed of four carcinogenic chemicals. Its hazards to health include cancer of the mouth, pancreas, lungs, esophagus and liver.

10. Polonium and lead
These 2 ingredients are among the radioactive chemicals in cigarette smoke. These toxic metals stick to cigarette tar and cause radioactive hot-spots to develop in the lungs. Ultimately, it can cause lung cancer.
THESE INGREDIENTS ARE JUST THE TIP OF THE ICEBERG. NUMEROUS OTHER TOXINS HAVE BEEN IDENTIFIED. THEY INCLUDE CHEMICALS PRESENT IN ROLLED CIGARETTES, AS WELL AS THOSE WHICH ARE SYNTHESIZED THROUGH THE BURNING PROCESS.
Health
Loading...